Newark Airport was humming but oddly we loaded our plane quickly,  pushed back off the gate and took off with in 20 minutes of our departure time! Could it be? There were rumors of turbulence, so the flight crew even served 300 people before we even left the Eastern Seaboard! I am in an emergency row seat which has its pros and cons. I am in the  front, front row but with the airplane door next to me, so NO wall in front. Pure luxurious leg room but nowhere to stuff my computer, magazines, shoes etc…  The other issue with this seat is the exposure to all the other people walking to the bathroom and to the flight attendants workstation that can get pretty noisy. Still it is pretty much the best seat in the house and I am enjoying every minute. The captain tells us of tail winds that will get us into Madrid 15 minutes before our scheduled arrival!

Spain Continues to surprise me. This morning’s landing is the 3rd in the past 8 months! I was expecting rain, but the sun was shining. Leaving customs and immigration and getting outside proved to be a surprise, there was actually a cold bite in the air as I am told Madrid sits 2000 feet above sea level! I am told there is still snow in the mountains.

We immediately head to get something to eat. We want tortilla and wine so we choose a local Cerveceria. There are Ceveceria’s everywhere in Spain and THANK  GOD FOR THAT. They are the kind of places that you can order a cup of coffee and a glass of win at 10AM and no on flinches.  Most of the servers are men. They usually dress in a white shirt with a black vest or something. I love their no nonsense way about them. You have to order quick and with few words and everything comes fast. I think my favorite part is that if you close your eyes and listen, there is a familiar clanking of silver spoons on saucers, steaming of milk, water out of a faucet. The kind of clanking in a real kitchen. It is a place that you would not take a coffee to – go.

Today I was especially impressed with the 2 flat screen tv’s they had on the wall. One playing music videos and the other showing the news.  As Madonna shakes her ass on one screen, a nun is in handcuffs is on another. Big news just hit Spain that a Nun was part of a large trafficking ring that snatched babies. Great. Just what the catholics need – more bad press involving children. The news story stirs up the joint as people shake their head in disbelief. I found it quite ironic actually,  that Madonna and a Nun are side by side. I continue to savor every bite of the tortilla that is made with egg and potato and crunch on the bread and butter until there are no crumbs left. I swig my wine and decide I am ready for a nap. While I sleep, check out the article below.

Everything feels right after a 4 hour siesta and what felt more right is hitting the town. I bundled and layered and realized I should have brought a turtleneck or something, I threw on my smart wools that will keep my feet warm and dry, grabbed  my cap and gloves and set outside for my first tour of Madrid! I immediately comment on the Goverment building on the left and I am told, that is I was mistaken, that’s not a gov. building, that is someone’s home. My next surprise is the light bouncing off the buildings. The wind blew, the air was dry and crisp, the sun warm and the light was a slight yellow with blue hints.

We head toward the first of many parks that Madrid has to offer which holds the Egyptian Tomb that was given as a gift to Spain from the Egyptians in thanks. It is the Temple of Debod. You will find this tomb in the  Parque del Oeste. The park is set on a large hill that offers a breathtaking view of the suburbs of the city (see below pic). The Vegetation was beautiful, the park was full of runners – that I realize is normal here. You see runners all the time in Madrid – I love it! The Temple of Debod is beautiful and was a gift due to the help Spain has given Egypt in the past to preserve their ruins. I found it strange that they sent ruins out of the country to the place that had helped protect them in the first place, but none the less, it is a spot to see. 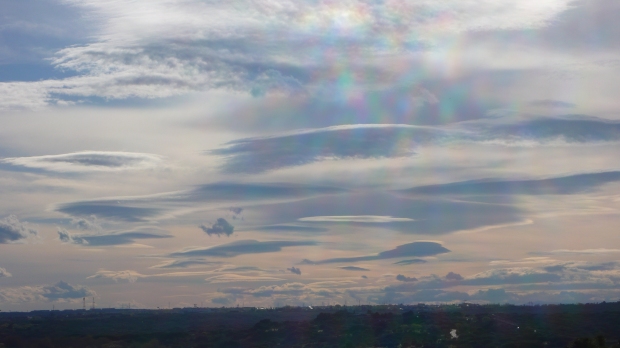 Next up are the Cathedrals and the Palaces and the Plazas oh and the best bar that celebrates the bulls that won!